Reflections on the 2016 Denali Season 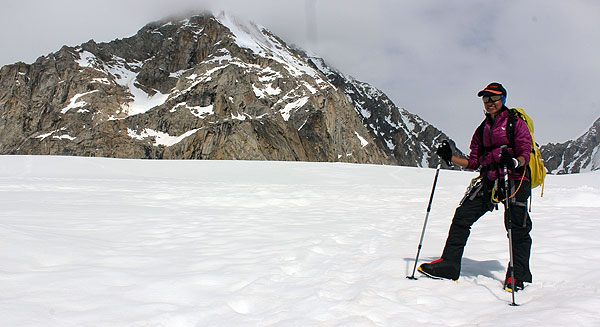 I received a phone call from a climber yesterday who had been on one of our Denali expeditions this summer. While looking back at his photos from the expedition, wanted to reach out and share a story about passing around the infamous Windy Corner at around 13,400’ on the West Buttress Route.  He thanked us once again for helping him achieve a long-held dream of standing atop the highest point in North America.  Conversations like that one are a big part of why I love my job.  That… and that it allows me to live an adventurous life in an amazing part of the country – southwest Colorado (GO BRONCOS!!). 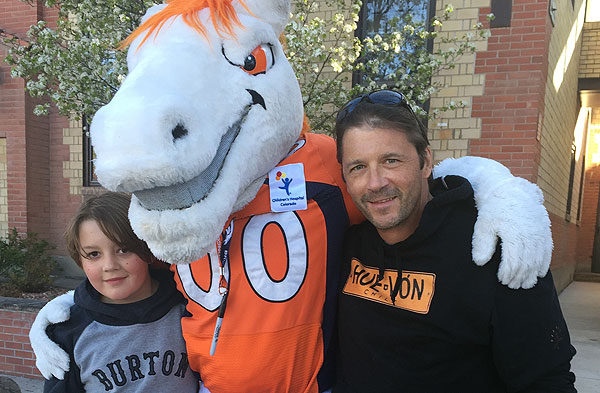 Of course, not every climber who joined us on Denali in 2016 was able to reach the summit.  Part of having a dream is accepting the reality that it might not necessarily come to fruition.  While most of our climbers did reach the summit, a number did not, for circumstances that were often unforeseeable or beyond anyone’s control.  I know it is easy to say from the comfort of home, but uncertain outcomes are part of what draw us to the mountains.

The manner in which the National Park Service allocated use this year led us to run a slightly shorter season than in years past.  Historically, we have had a couple of groups starting into the Alaska Range on May 1st or even before the end of April; this season, it wasn’t until the end of the first week of May that we sent out our first teams up Denali.

From May 6 until July 14, we led 18 teams up the mountain.  Seven of those were private trips, arranged to meet the needs or wants of teams from one to six climbers.  Many were bilingual teams and one was for an amazingly gifted 14-year old girl from India.

The weather this year was what I’d largely describe as “typical Denali,” albeit warmer than most years.  We had some nice stretches of clear weather, interspersed with some pretty intense storms. This year, the weather service in the park took to naming the particularly tenacious storms. Winds soared near 100 miles per hour for days at a time on the upper mountain.  But if anything, it was warmer than usual this season.  The last few years have been warmer on the mountain than what I remember from years past.  Lightning storms were never a big part of our risk management until just a few years ago, when the first cracks ripped overhead of the summit ridge, the result of hot temperatures causing afternoon clouds to build up over the mountain.  Now, we have to factor that orographic weather into our decision-making.

Warmer weather also resulted in rain falling on the lower glacier.  Historically, we used to see the occasional rainfall as we hiked out in late June or mid-July.  This year, we had teams take weather days at Base Camp in mid-June to avoid getting soaked to the bone on their way up the Kahiltna.  Gore-tex layers are probably going to be mandatory for much of the climbing season as we move forward.

As with each season, we learned a lot from our climbers and our staff.  Last winter, we tested a new type of carabiner that has some real security advantages on ice routes in southwest Colorado.  We recommended it for Denali, as it had worked great in the cold, dry climate of the Rockies, but it proved to be a poor choice for the freezing fog encountered by a couple of our Denali teams.  A year ago, we invested in an upgraded online booking system, but Denali is one of the ultimate testers, and the season taught us that with new technology could come headaches, so we scrapped it to launch an even newer replacement system for upcoming trips.

Cell phones worked on Denali this year!  Older phones on the Verizon network seemed to function the best.  It was fun to get real time images from the mountain and to be able to communicate better with teams than via the intermittent nature of satellite phones in the mountains at such northern latitudes.  We sent a phone in to live at the big 14-Camp so guides could send pictures and climbers could call loved ones.

All in all, it was a great season.

Since our last team came off the mountain it has been tricky getting all the key staff members together for our end of season review, but we have that scheduled for next week.  We have collected all the feedback received from our climbers, guides, office staff and even some from friends of climbers, laid it all out in a spreadsheet and will go through each bit of feedback point by point, in an effort to better identify areas in which our program is strong and areas where we can make improvements.  We go through this sort of process after each expedition and then at the end of each season and have found it incredibly valuable.

In 2017, we will start operating under a new concession contract with our National Park Service.  We have been in negotiations with the NPS regarding certain aspects of the contract, which is why it took us longer than usual to finalize our 2017 dates and rates.  There are signs that the NPS is close to resolving one key issue, so we are optimistic that we’ll have concrete rates available shortly!

The new contract will change many other aspects of how guide services can operate in Denali National Park.  It completely changes the way in which we are allocated spots for climbers and even for guides, the latter of which is something entirely new.  There are strict guide to climber ratios in the new contract that will prevent us from leading some of the types of expeditions we have led in the past, namely teams with a higher ratio of guides.  It also prevents any guide from leading a team on any part of a route that they have not yet previously climbed, which is unfortunate, as guiding first ascents of routes has a rich tradition in the industry and Mountain Trip has led many first ascents over the decades.  Hopefully, some of the new regulations will evolve after the contract is implemented, so that Park visitors can have the sorts of experiences that you desire in Denali National Park.

We are excited and privileged to have the opportunity to continue guiding in the Alaska Range.  2017 will be my 23rd year both guiding or organizing Denali expeditions and I can’t think of anything I’d rather do.  Helping climbers achieve their dreams and taking a phone call when one of you feels like sharing an anecdote about your experience with Mountain Trip make me feel like the luckiest person on the planet.

Thank you, as always, for your continued trust and support.