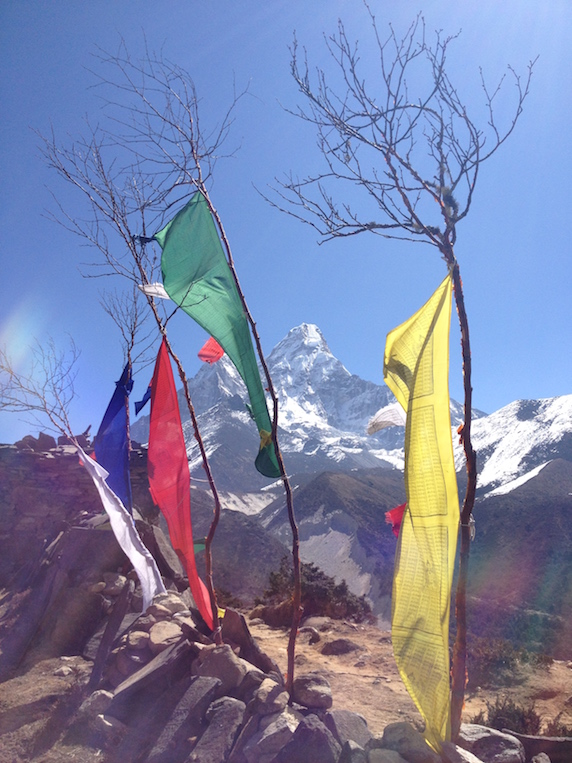 Hello and thank you for following the 2015 Mountain Trip Everest Expedition. Unfortunately, the expedition ended on May 25th after a 7.9 earthquake hit Nepal.

I was sitting in my tent just before lunch when I felt the earthquake. I knew that there was a lot of avalanche hazard all around Everest Base Camp (EBC), so I quickly exited my tent to look around. Normally only small seracs and new snow comes off the ridges above EBC. However, this time there was a huge cloud layer above camp and I could only see a small percentage of the peaks and icefall around us. Everyone realized that the earthquake would trigger avalanches, and as I looked around I could hear the sound of the avalanches all around us. Immediately I looked towards the Icefall and I thought of the many teams at Camp One and Camp Two. I could see small avalanches coming off of the shoulder of Everest and Nuptse but nothing substantial. Looking towards Pumori, I could see a lot of snow activity on the ridges and face. Then all of the sudden I could make out the biggest avalanche I’ve ever dreamed of coming towards EBC. I ran about 30 meters and hid behind a large rock, about the size of a VW Bug. In that moment I thought about my girlfriend, Anne, who was working on the other side of EBC, my Family, and if I was going to be blown away or have to try to swim out of it….

After the initial blast, I realized that it was just a powder blast and that most of the debris was trapped in the moraine separating Pumori and EBC.
I was covered with a layer of ice crystals and had a hard time breathing during the blast, but I was OK…

The tents that Scott and I used were gone, blown to the side of a hill just outside of camp. Our dining/kitchen tent had minimal damage. After communicating by radio with Anne and my Sherpa team at Camp Two, and making sure everyone in my immediate vicinity was OK, I started down to HRA where a call went out for all doctors for assistance. I grabbed Mountain Trip and Alpine Accents’ large first aid kits and started down base camp to help. It became obvious very quickly that the middle of base camp was hit very hard by the blast and when I arrived there I observed that many of my fellow climbers and camp staff needed help badly…..
The rest of the day was spent moving the wounded to a field hospital established in the lower camps, as the lower camps were the least affected by the earthquake. Over twenty people had to be carried by makeshift stretchers and another sixty people were evaluated and treated in the field hospital.

At approximately 5:50 a.m. the next morning, the first helicopter arrived in EBC to begin the long process of ferrying the wounded out. The helicopter was capable of carrying three injured people per flight: two critically wounded laying on stretchers and one patient able to sit upright. A total of fifty wounded flew out of EBC, of which twenty-three were critical. Twenty others died and more are missing…

I stayed at Everest Base Camp for another thirteen days. During this time, I worked to try to help break down camp, and literally pick up the pieces. This also allowed the lower Khumbu time to recover after the terrible natural disaster that left many dead and many, many more homeless with dwindling supplies.

Over the years I’ve become quite fond of the Himalaya and of all of my friends living in Nepal. The people of Nepal are going through a hard time right now and they can use all of the support the world can give them. Specifically, the return of tourism in the Himalaya will help the Nepalese recover from this disaster. Tourists employ many Sherpas as porters, and tourist dollars support tea houses along the way to the mountains that we all love.
I’m looking forward to returning next year.

If you haven’t been to Nepal yet, you should go! If you have been, then you know the magic of the biggest mountains in the world, raging rivers, villages tucked into steep green foothills with some of the nicest, most hospitable people you will ever meet.

I hope to see you in the Mountains. 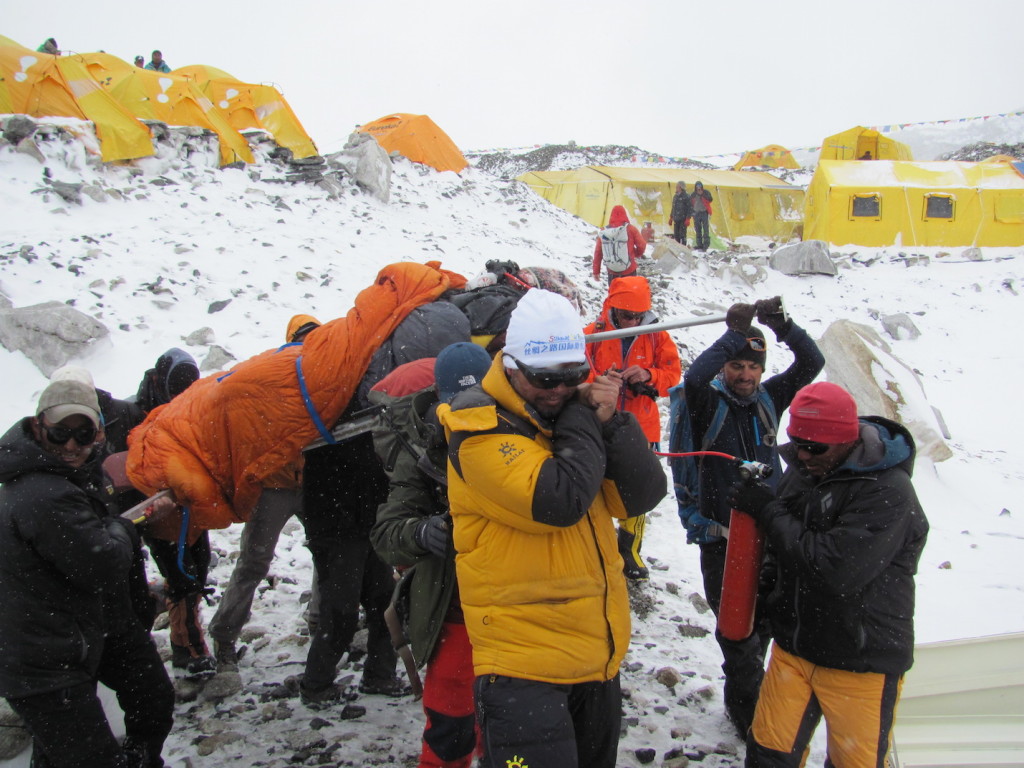 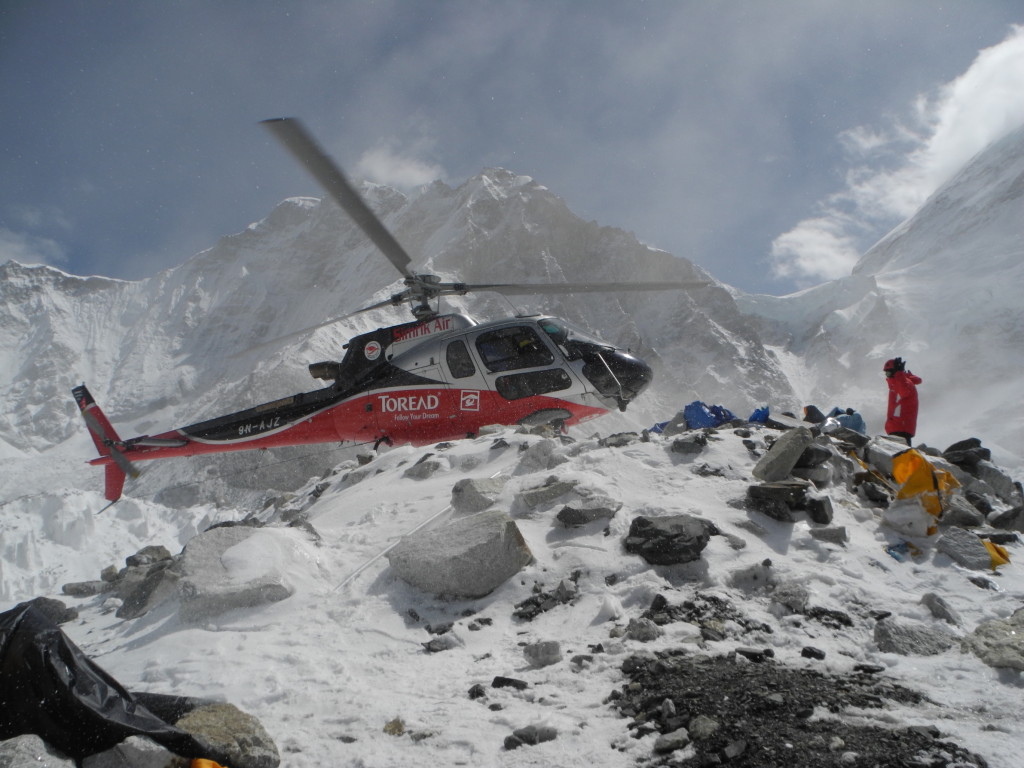 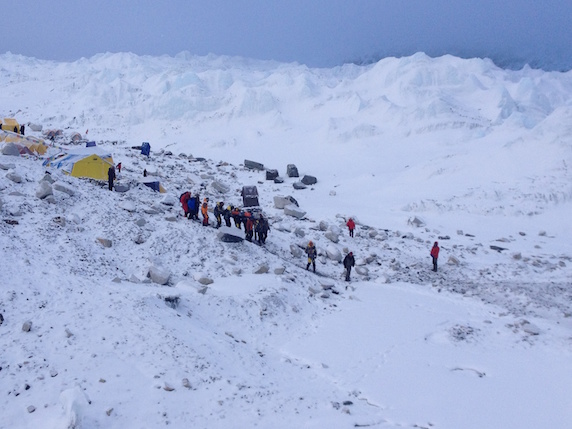