Well, it was a pretty epic season on the West Buttress of Denali this year! A record-breaking high-pressure system brought clear skies from the end of May through most of June, which ushered hundreds of climbers to the pearly white summit. The National Park Service reported a 70% summit rate this year, up from their yearly average of 40% (for unguided groups). A whopping 784 climbers stood on North America’s highest peak in 2022. Of those 784, Mountain Trip had 54 clients stand on the summit and about 40 guides for a total of 94 mountaineers this year. Nice work, team!

We had one team attempt the Cassin route this year. Since the ’90s Mountain Trip has had three guided attempts of this challenging route, and is the only guide company since that time to do so. While this prolonged high-pressure system allowed so many mountaineers to reach the top of Denali via the West Buttress, it hurt conditions on the Cassin. The warm temps caused increased crevasse hazard on the route as well as overly soft snow conditions. Eventually, due to these unusually warm temps, and after almost reaching the halfway point, our Cassin team was forced to turn around. 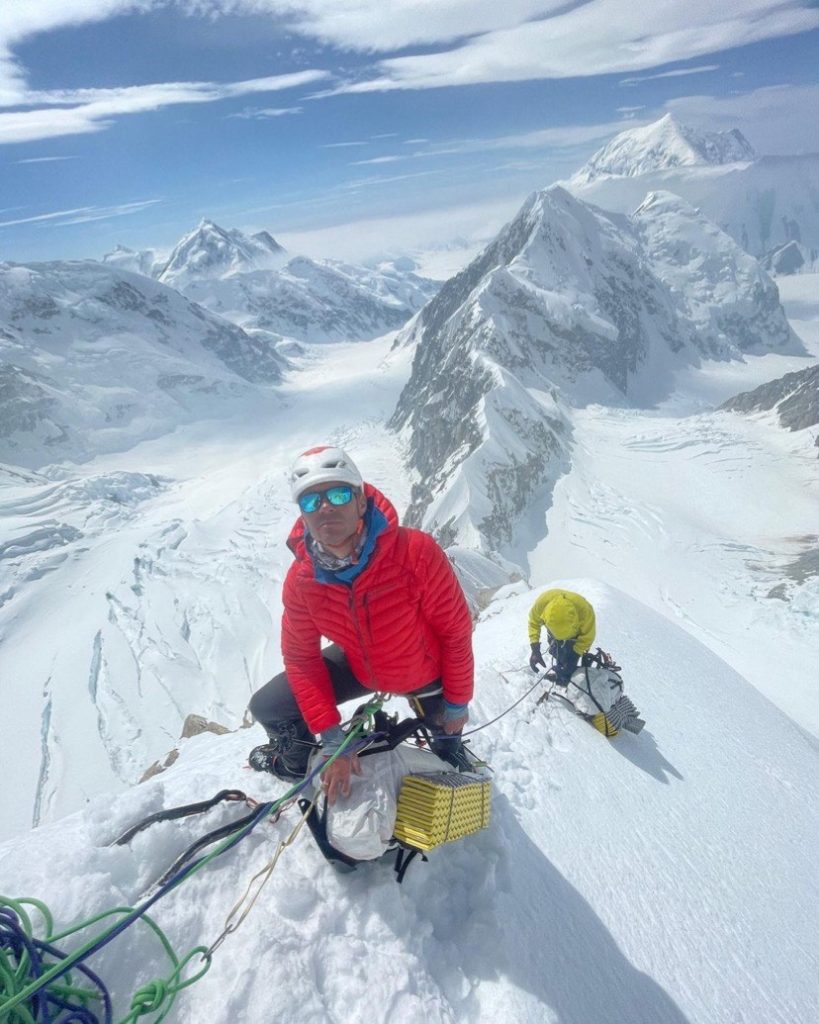 This year was the first year, after more than a decade of advocating (16 years to be exact), that Mountain Trip was able to send guided ski mountaineering teams up the West Buttress of Denali with the intention to descend unroped. And boy, are we excited about that! The Colorado Sun published a great article detailing the efforts we’ve put into this project, and how pivotal we believe it is for ski mountaineering and for climbing Denali. We sent two ski teams to the mountain. Even in the midst of low snow (or perhaps because of, depending on how you look at it), both teams were able to reach the summit and ski unroped the whole way down. One team consisted of one climber and a team of two guides. The second team was three climbers who are working on a documentary revealing the effects of climate change on the ability to ski the seven highest summits in the world (The Last Ride Project). 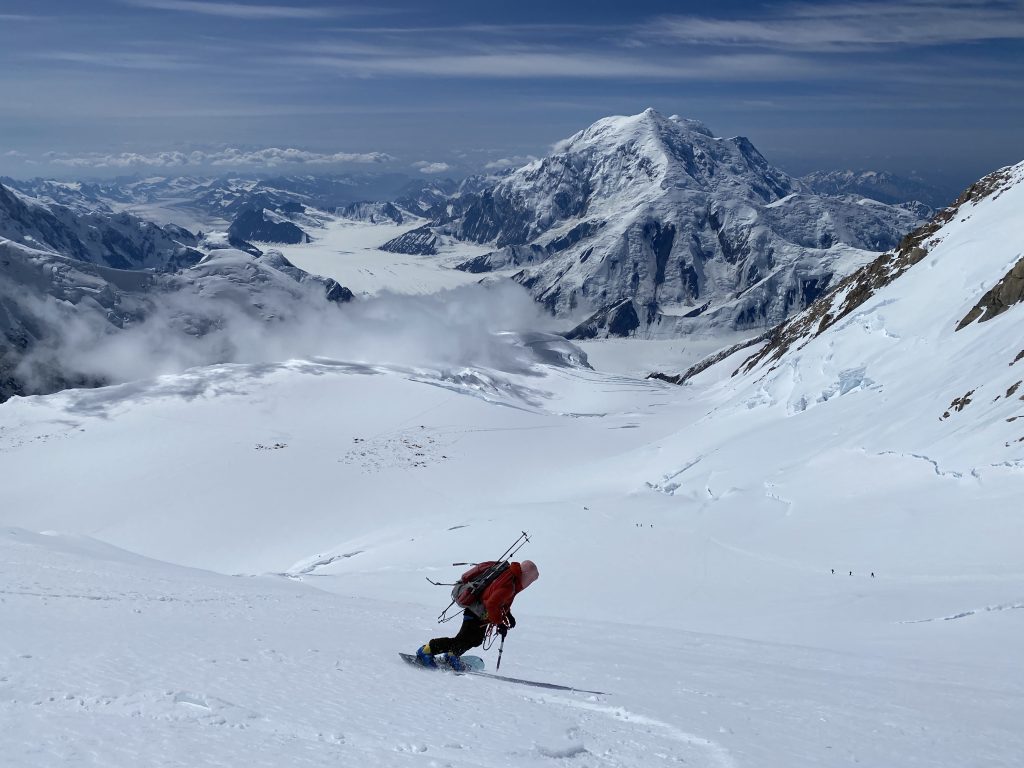 This year we helped a longtime climber reach his seventh summit! It was his third attempt on Denali. It was very emotional, and we swell with pride that we were able to be a part of that journey.

One of our female guides also finally reached the summit on her third attempt. Our guides want to summit as much as our climbers do, but ultimately their role is to support the climbers and the team, which can oftentimes mean turning around. This year she was able to support her team, as well as stand on the top. Congrats! 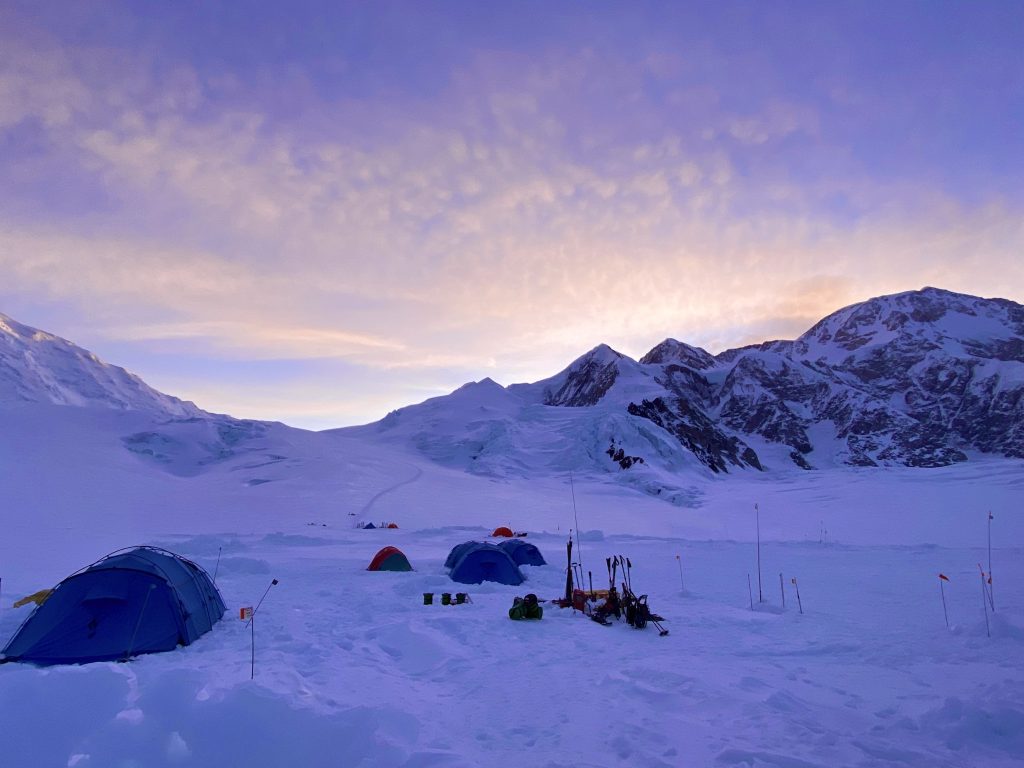 Although it was a great year for summits, we still had some folks not make it to the top due to a myriad of factors. Two teams were forced to turn around, due either to weather, team abilities, or a combination of both. Unfortunately, 22 of our climbers did not reach the top. As compared to previous years, this is an pretty low number. While we are incredibly proud that so many of our climbers were able to stand on the summit, we sure do empathize with those who did not.

As is the nature of Denali, there is no such thing as a 100% summit rate. A multitude of factors will prevent climbers from reaching the summit. Weather, conditions, physical fitness, skillset, altitude sickness, Covid, other illnesses, team dynamics, the list goes on. To make a summit possible, all of these varied factors must come together perfectly to lead to 20,310 feet. The reality is that sometimes that doesn’t happen, which makes the moment when it does that much sweeter.