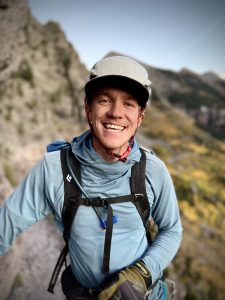 Growing up in central Massachusetts, I first found adventure in the swamps and forests that made up my backyard. I began alpine skiing at three years old, and rock climbed for the first time when I was 10. I was hooked on the outdoors early on and consumed a steady diet of adventure tales and survival stories as a kid. When I was 13, I went backcountry skiing for the first time in Tuckerman’s Ravine on Mount Washington in New Hampshire, and right then and there, I decided that I wanted to spend as much time as I could amongst rocky and snowy mountains, breathing cool, clean air.

My dream became a reality when I moved out west to attend Colorado College. At CC, I honed my skills as a climber, skier, mountaineer and canyoneer, and learned how to lead and teach others in awe-inspiring technical environments. This passion led me to work for NOLS, where I quickly racked up more than 60 weeks in the field as an instructor and course leader. Eventually, I decided to put down some roots in Telluride, CO, where I have lived for the last six years, guiding and teaching avalanche education. I’m an AMGA  Apprentice Rock and Ski Guide, avalanche instructor, Wilderness First Responder, Leave No Trace Master Educator, and volunteer on our local Search and Rescue Team.

When I’m not guiding, I’m usually scouring Google Earth for a new place to explore, romping around the San Juan Mountains, or scheming my next adventure. I love guiding because it allows me to help people achieve their full potential and do things they never thought were possible. Let’s get out there! 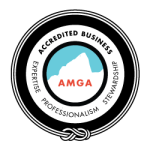